The 151-foot-tall (46 m) Deeds Carillon is a bell tower in Southern Ohio specially designed to hold 37,000 pounds of musical bells.

The Deeds Carillon is a musical instrument (like bells typically found in the belfry of church) built in 1942 by the family of Colonel Edward Deeds.  Deeds was a Dayton industrialist, inventor and engineer who made significant contributions to early automotive and aviation industries.

The Deed Carillon Tower features a hidden elevator shaft that carries the Carillonneur from the platform level to the playing room near the middle of the structure.  This lifting system includes a transport cage that was originally operated with a Lisbon hoist unit.  This hoist was mounted atop the cage with wire ropes rigged above inside the top of the tower.

This special elevator, originally installed in 1988, required a new lifting mechanism and controls when the owners contacted Sky Climber.  Our team devised a replacement system that allowed for improved safe operation of the elevator, including:

Sky Climber replaced the interfacing control box inside the cage with a new, smaller enclosure tying the existing door interlocks, upper and lower over travel prevention sensors, shaft/cage lighting, as well as the lift “call boxes” all together.  The “call boxes” allow for retrieval of the elevator platform with a single push of a button, unlike traditional hoist operation which requires continual pressing of control buttons to move the platform up or down.

New call box and hoist power cables completed the installation, which was done in under one week in plenty of time to install festive holiday lighting before the annual holiday concert at Deeds Carillon Tower. 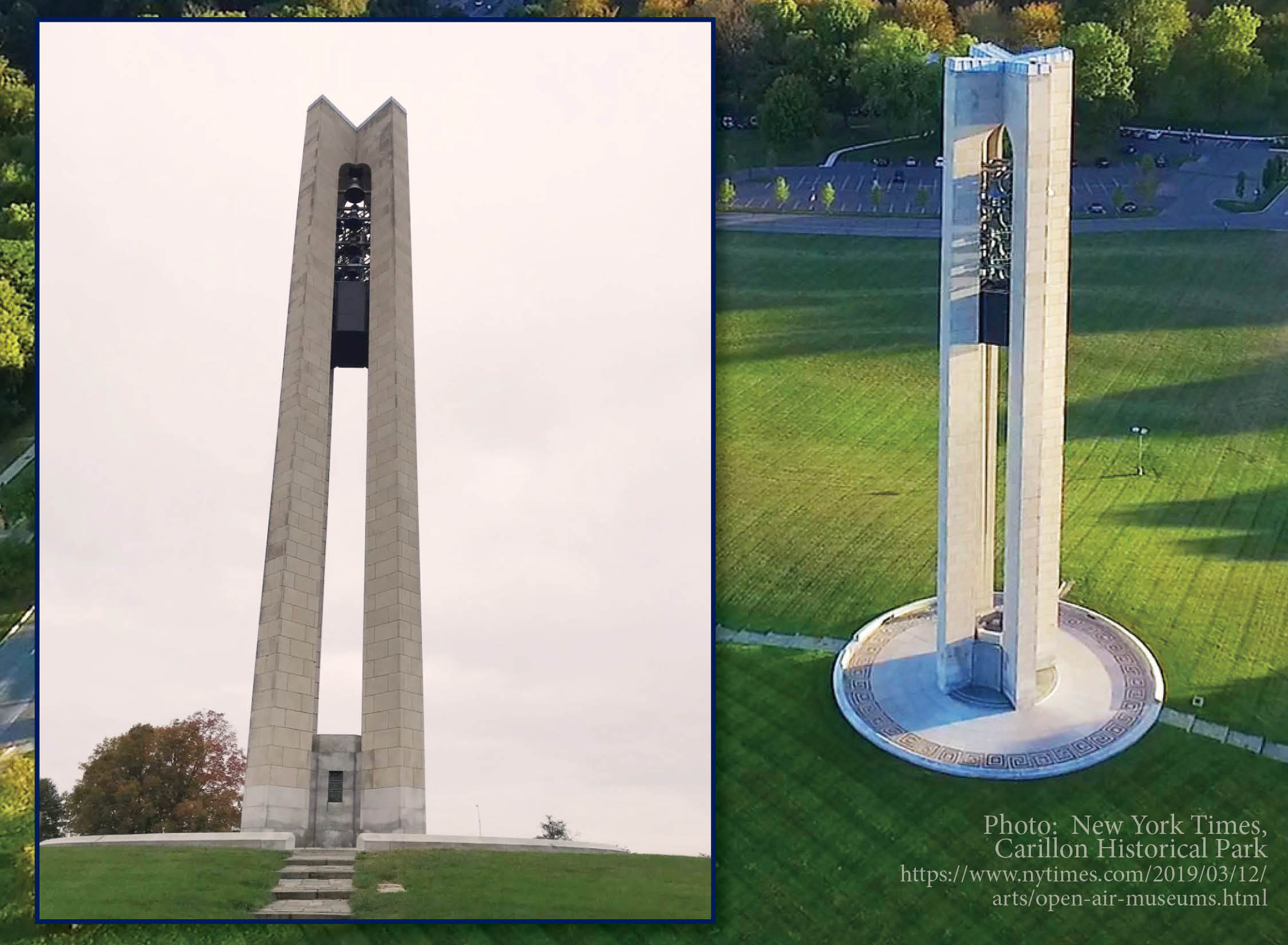 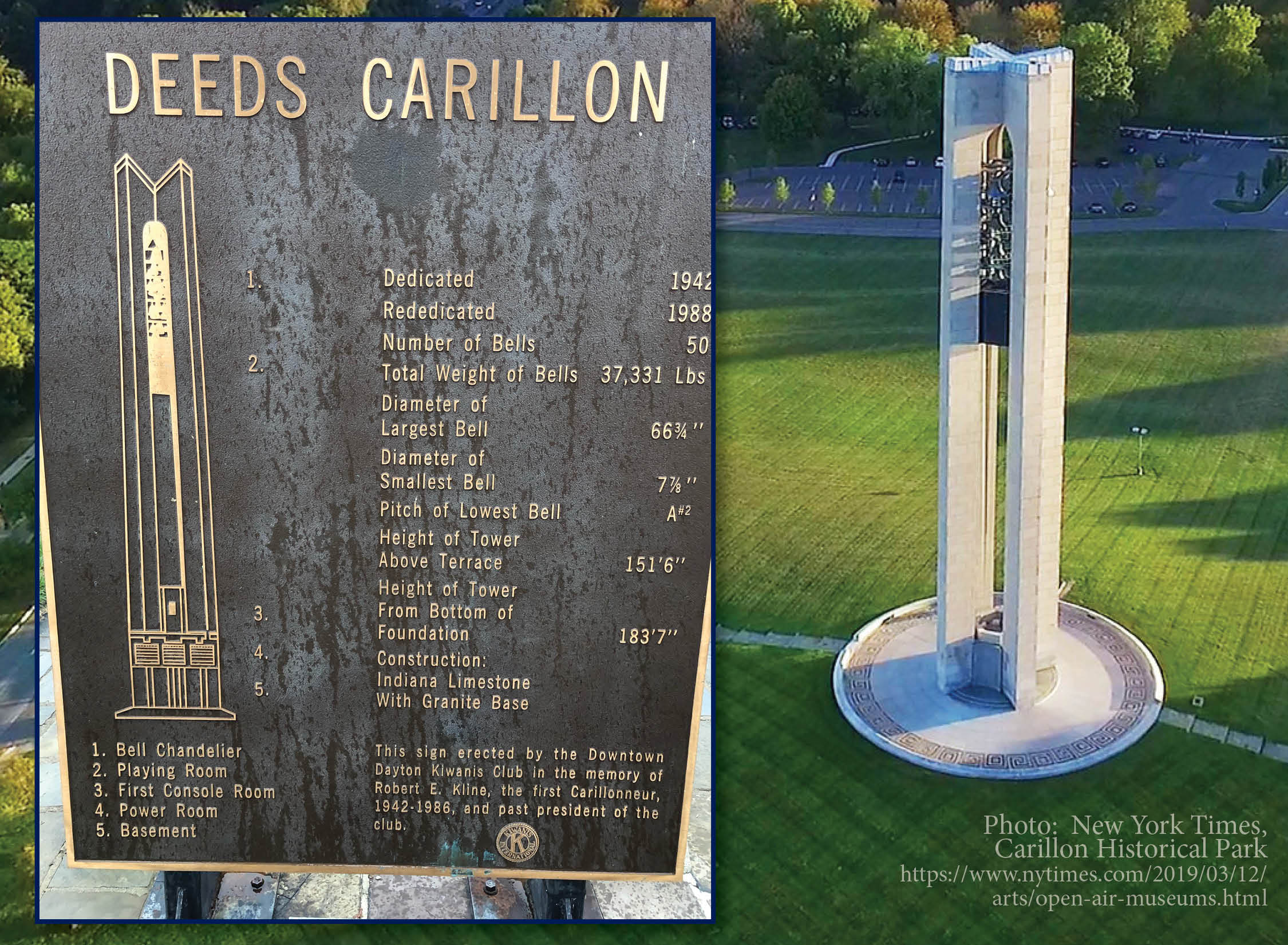 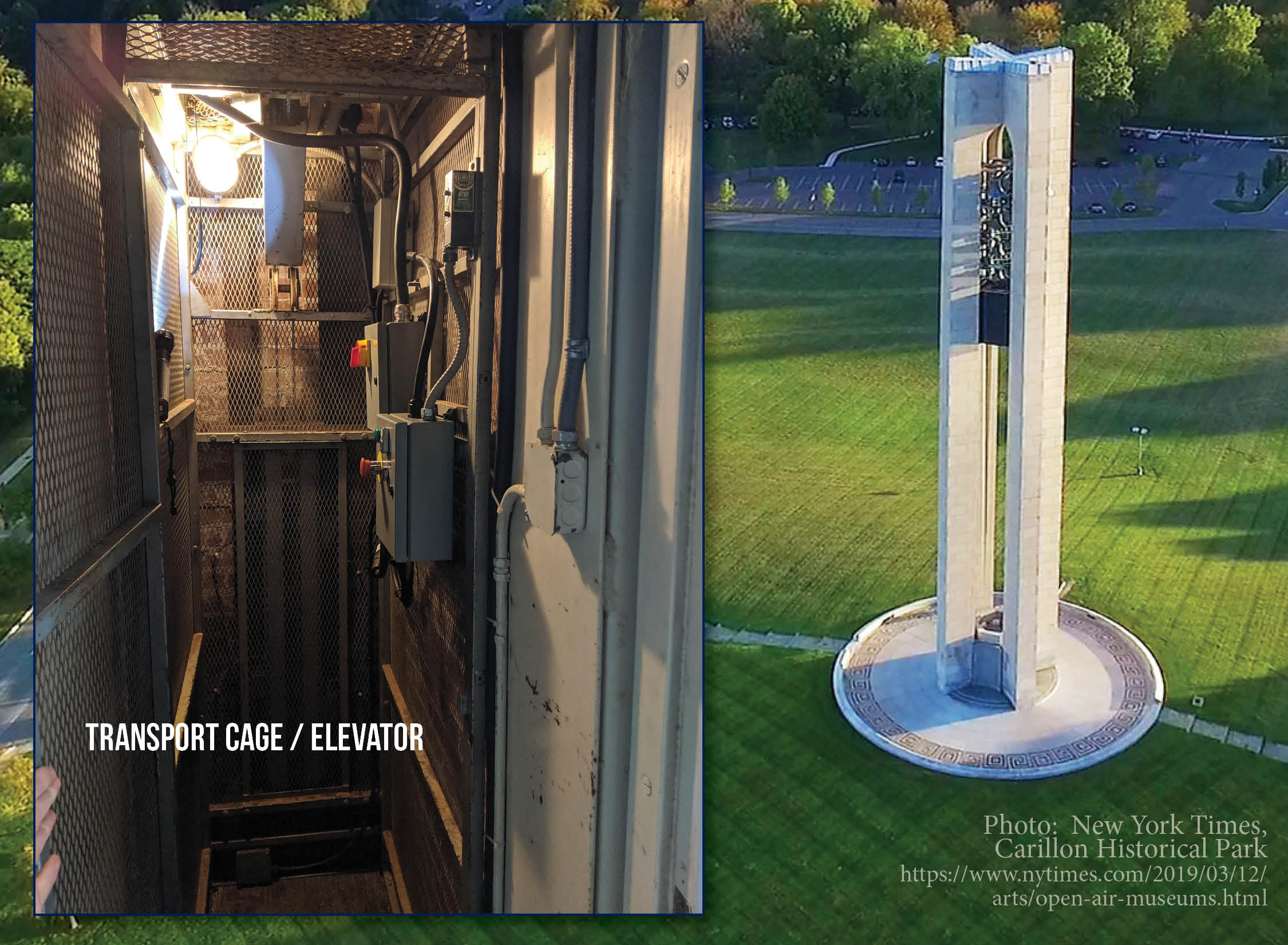 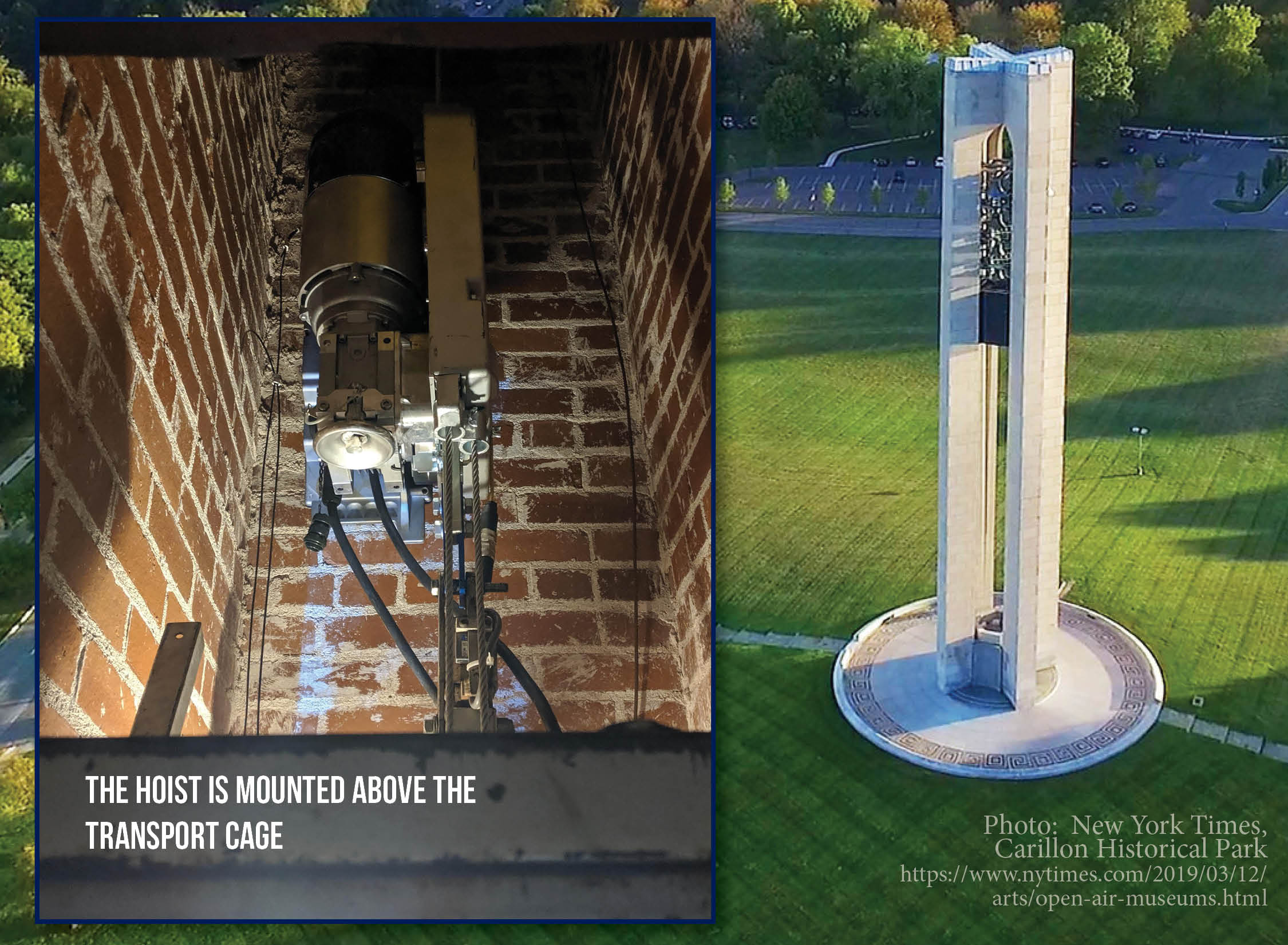 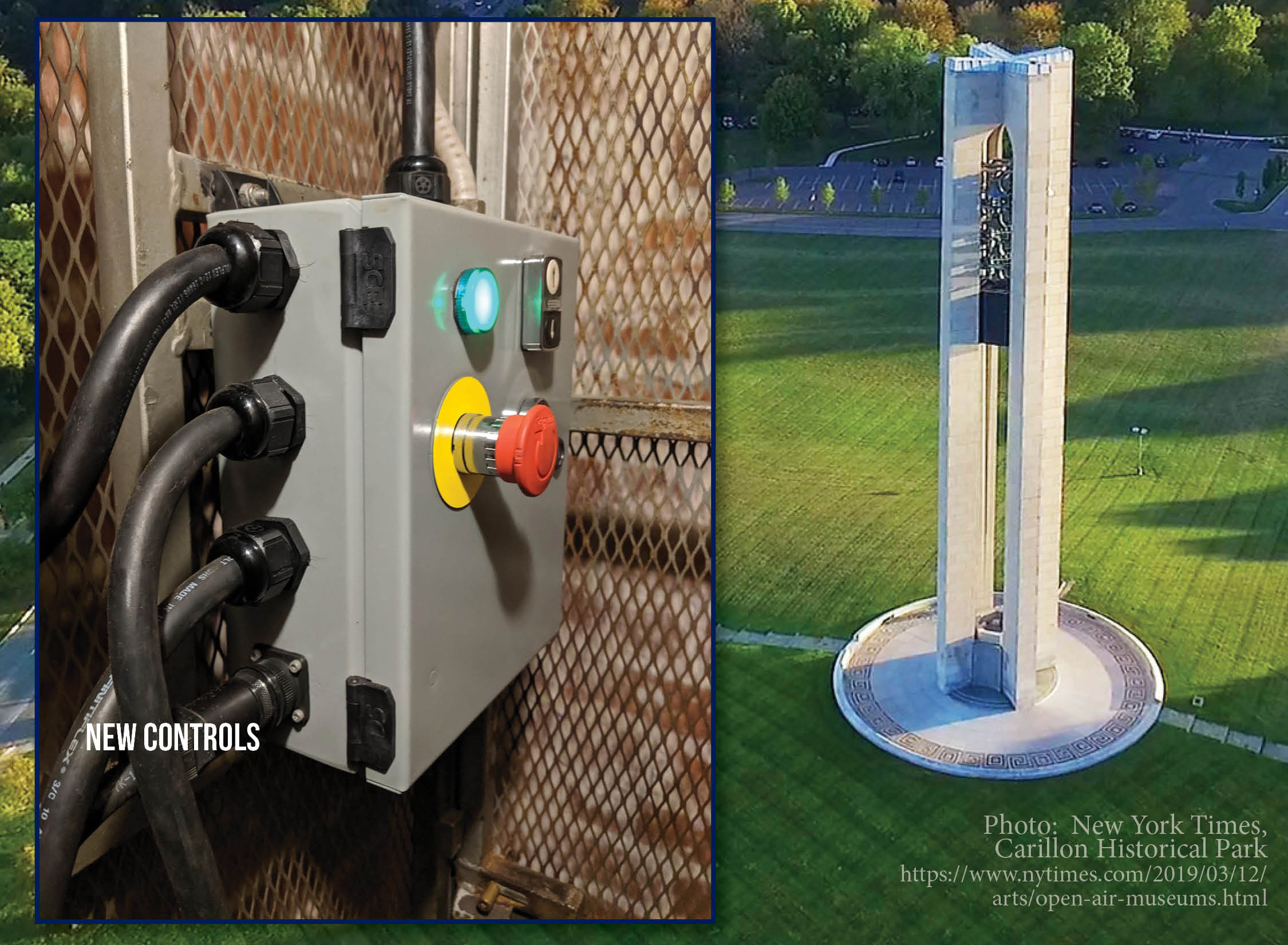 The Kimmel Arts Center is one such project that required a special solution.  An arching half-barrel roof structure made maintenance challenging, so we developed a special work platform that would safely bring workers to each section of the curved structure. 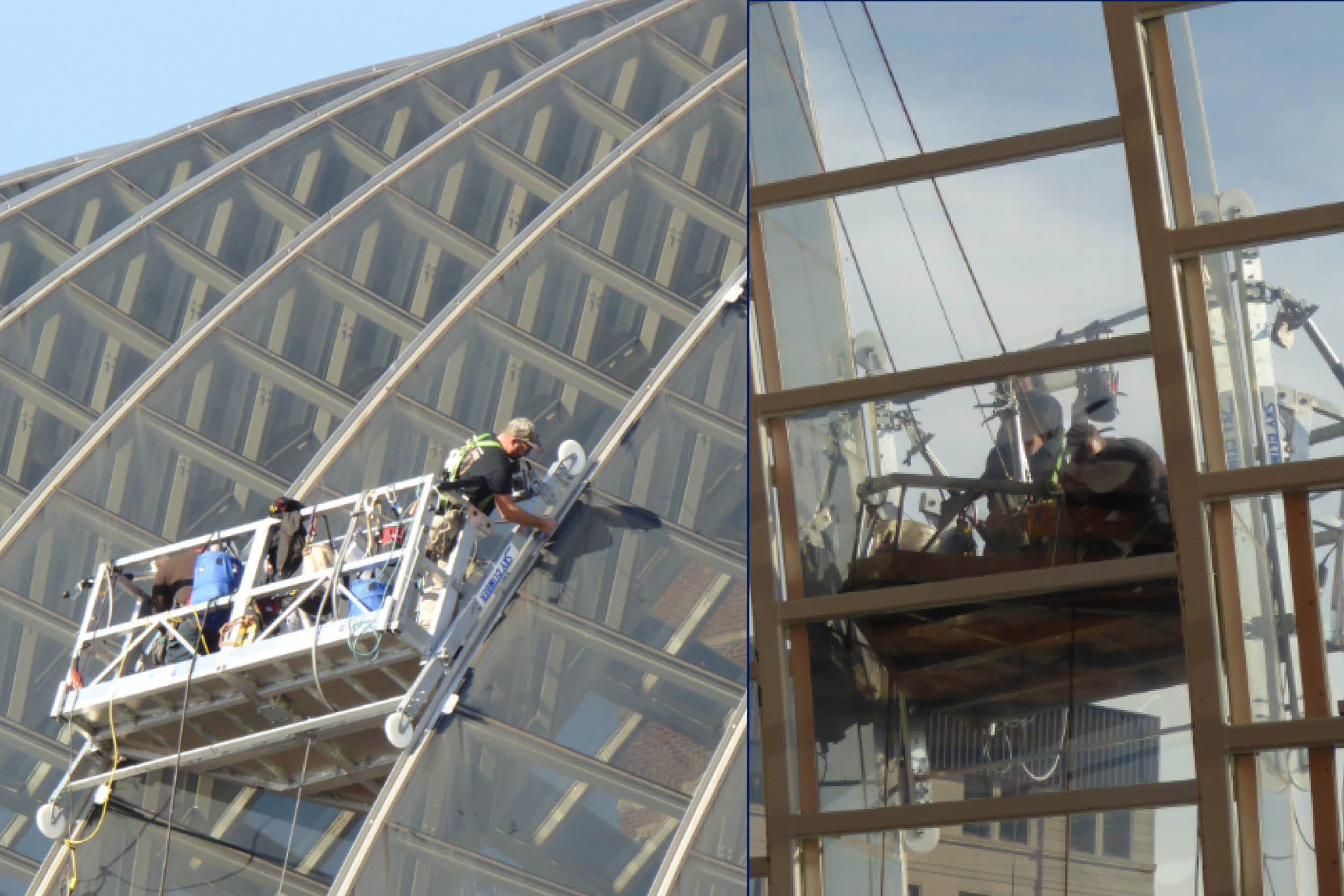 Museum of the American Revolution

Located in Philadelphia, Pennsylvania, the Museum of the American Revolution tells the story of the American Revolution with “immersive galleries, dynamic theaters, and recreated historical environments.”  The collection began more than a century ago with the acquisition of George Washington’s tent that served as his command center during the Revolution.  Preserving that exhibit is of great import to the curators, and they enlisted Sky Climber to develop a special platform to maintain and preserve the artifact without damaging it.

This artifact maintenance platform was custom-designed to conform to the shape of the exhibit.  Additionally, it was built to roll along a track that was set into the floor and circled the tent structure, keeping the platform at a precise distance from the structure when in use.  When not being used for restoration or cleaning activities, the whole platform is stored out of sight.  This is a great example of a truly custom solution for an unusual application. 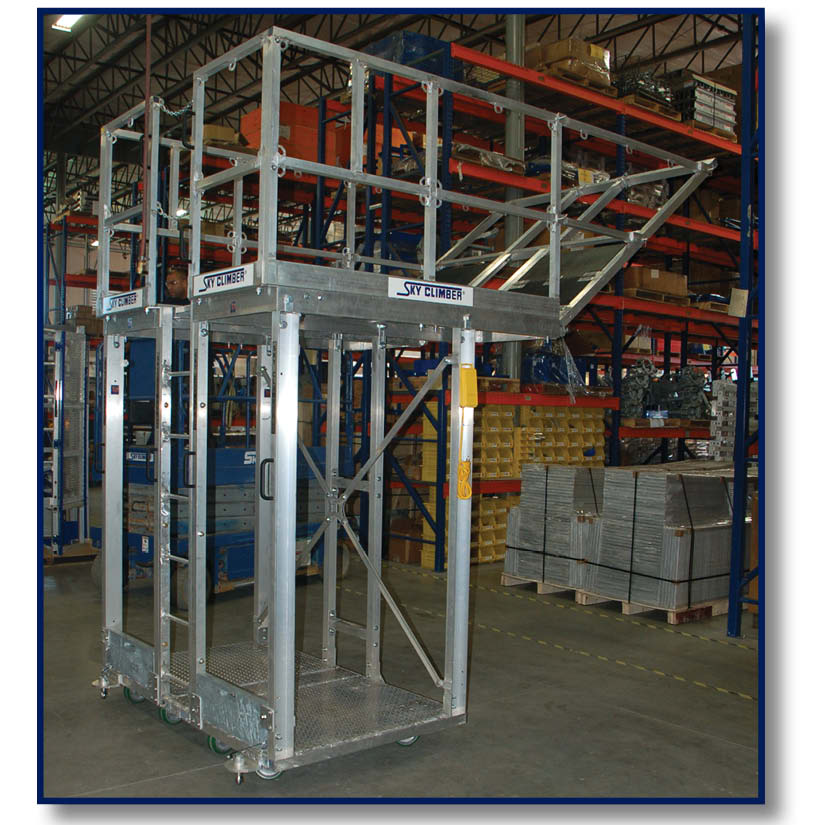 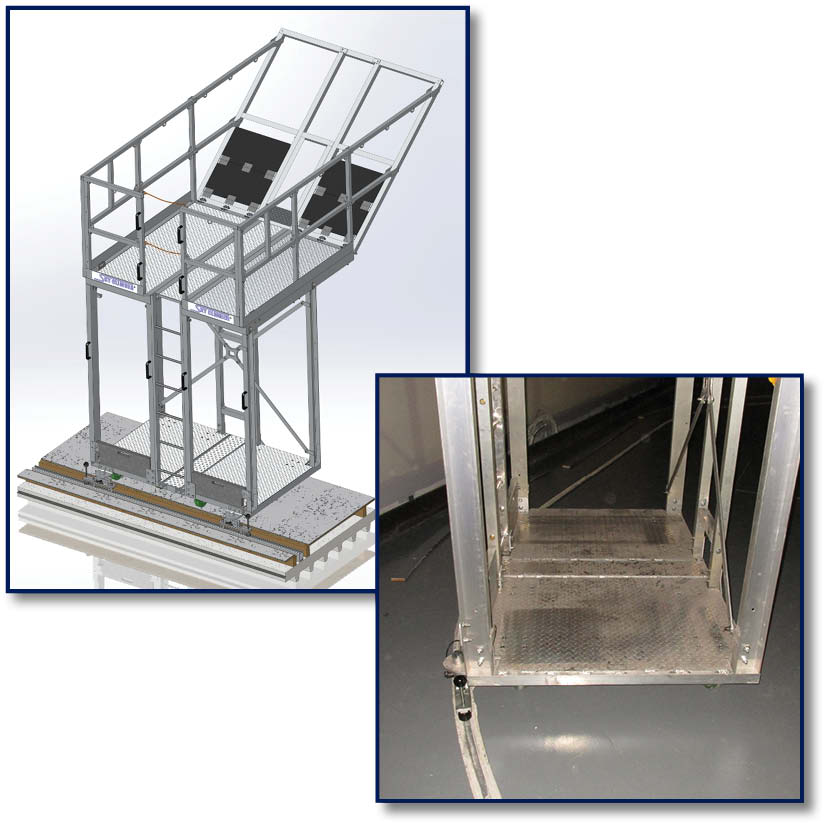 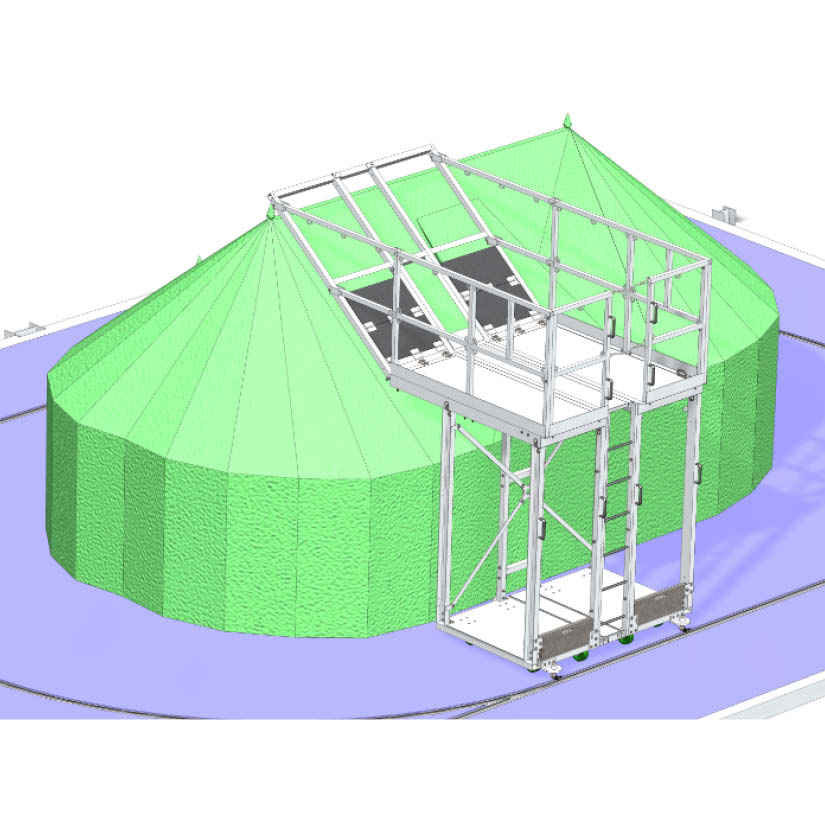 Tate Liverpool museum is a converted warehouse, inaugurated in 1988 to display a collection of modern and contemporary art. It is the largest art museum in the UK outside London.

Sky Climber was selected to replace the original window cleaning system from 1988 with a replacement BMU system that complied with current European Norms.

The challenge was to design a machine that could run on the existing runway and rail. The existing track configuration was unusual in that the front wheel ran on a runway and the rear wheels ran on a rail. This was particularly tricky in the corners, where the original turntables were replaced with bends in the track line. The operators also needed to be able to modify the offset position of the cradle relative to the façade in flight. This was achieved by having a spreader bar that could be shifted in and out along the jib with a motorized control. 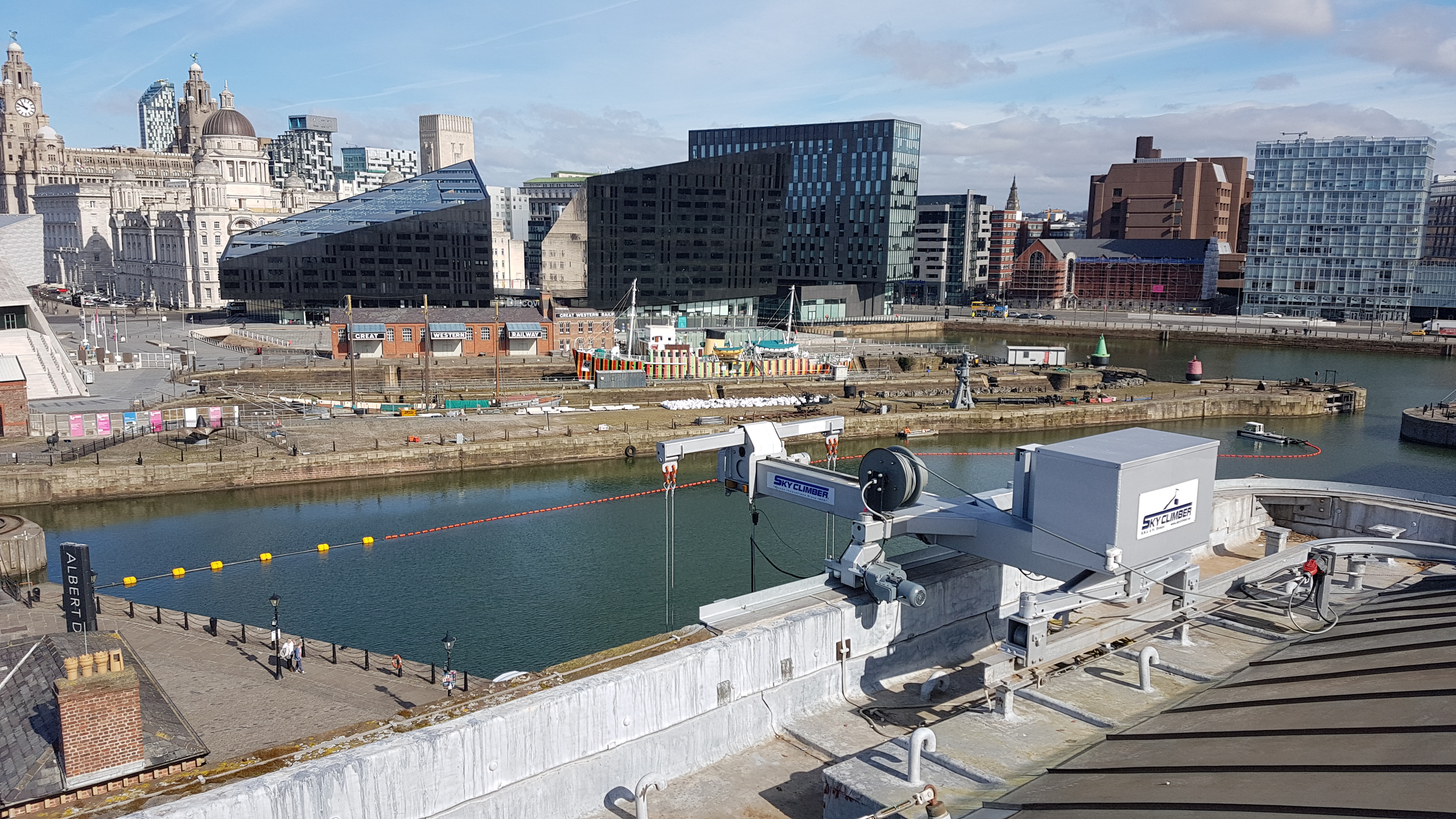 Are you a Sky Climber dealer?

NO, I'm not a Sky Climber dealer.