From Lost to Luxe 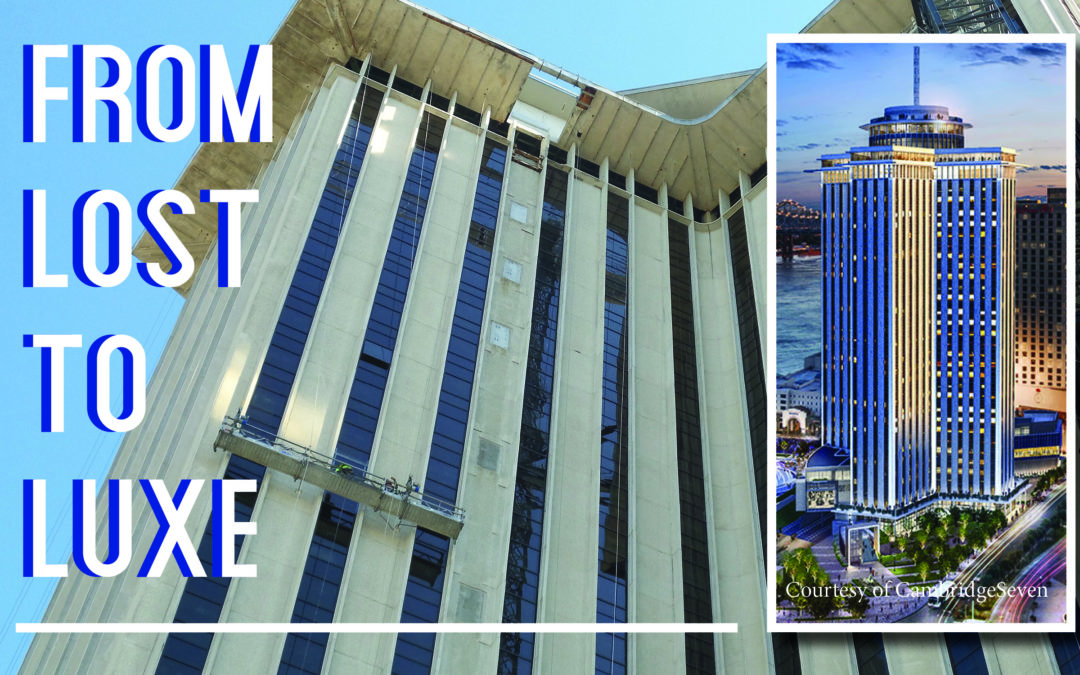 In May 2018 developers broke ground on an $460-Million redevelopment of the 33-story New Orleans World Trade Center tower into a Four Seasons Hotel and Residences.  This project is the culmination of a restoration effort 20 years in the making.  Max Access of New Orleans tackled the suspended access needs for this high-profile project, helping to take a Canal Street icon into its next chapter.

Located at 2 Canal Street, the World Trade Center Tower is at the center of downtown New Orleans and overlooks the Mississippi River.  The Tower has been famous, in part, for its X-shaped architecture and its two-story cupola that rotated and operated as a popular restaurant for many years.

In its new iteration, the building will operate as a destination luxury property at the center of new public attractions along the riverfront.  The transformation, however, required a large list of exterior façade tasks such as the removal of louvered panels, stucco repair, and window replacement.

The building was added to the National Register of Historic Places in June 2014, meaning developers had to get their plans approved by the National Park Service before they could move forward.  It also meant that redevelopment efforts had to include retention of specific historical elements of the tower like the antennae, 2-story cupola and the louvered metal venting that covers windows the length of the tower.  Other major improvements included reinforcement of the building’s spine and elevator shafts with carbon fiber, steel plates, and concrete.

Max Access supplied 27 Sky Climber Sky Stage Ultra suspended access platforms throughout the duration of the project.  Platforms were powered by LNX and Compact Hoists, and were suspended from pigeonhole stands on the structural ledge at the 31st floor.

Final tasks are being completed on the project and the tower is scheduled to open by the end of 2020.  ​